In Byzantium, manifestations of luxury were present in both private and public life. Emperors and government officials owned luxury items, such as tapestries, embroidered textiles, and jewelry, and displayed them in their homes and on their bodies. Additionally, high-ranking church leaders used luxury clothing, bibles, and liturgical objects, not to indicate economic or political status, but rather to indicate their spiritual status above the laity and their closeness to God. Notably, sumptuary laws were in place to ensure that only individuals of a certain social, religious, and political role wore specific luxury clothing items, colors, or patterns, adding to the culture of using luxury to bifurcate society. Though it wasn’t uncommon for ‘regular people’ to own a few luxury objects, the excess amount of these objects used by those in power made their status especially clear.

In the Byzantine world, it was common to see manifestations of luxury through many media. For instance, dishes, clothing, shoes, jewelry, objects of religious worship, and many more were created in luxurious forms that often removed the functionality of the object and turned them into works of conspicuous consumption. One of the best, and most popular, ways for an individual to visually indicate their lifestyle of wealth and luxury was through the ownership of imported, “exotic,” luxury goods. Byzantium, and Constantinople specifically, was set in an ideal location for global trade. Sitting at the cross-section of Europe, Africa, and Asia, Byzantium was able to import many goods such as spices, silks, and hand-crafted metalwork. Though trade in this era was common and fruitful, it was not cheap. The unfamiliarity of these foreign objects invoked a sense of wonder for viewers who were not engaged in the global trade network. Naturally, by owning rare and unfamiliar, but beautiful, objects, social, political, and religious elites were able to indicate their status and establish visual connections with a massive trading network that was revered society-wide, from the poorest to richest members alike.

Samantha Castro, The Vienna Genesis and the Evolution of Christian Book Illumination 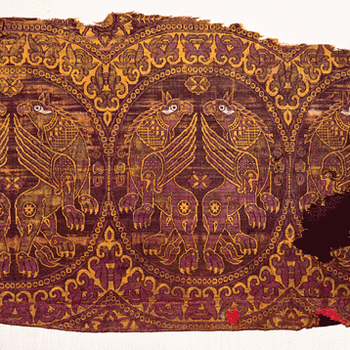 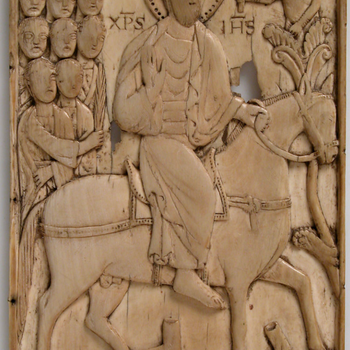 Plaque with Jesus's Entry into Jerusalem 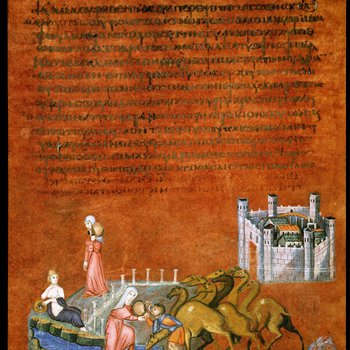 Rebecca and Eliezer at the Well, Folio 7 Recto from the Vienna Genesis 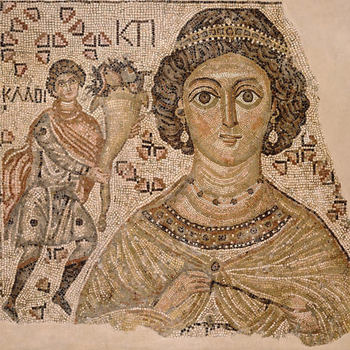 Fragment of a Floor Mosaic with a Personification of Ktisis 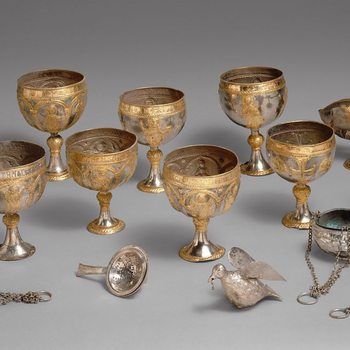 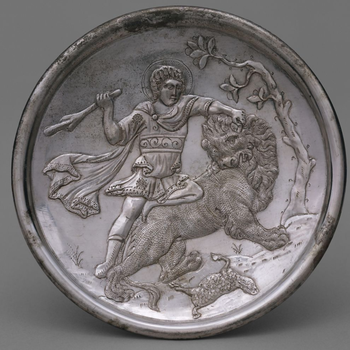 Plate with David Slaying a Lion 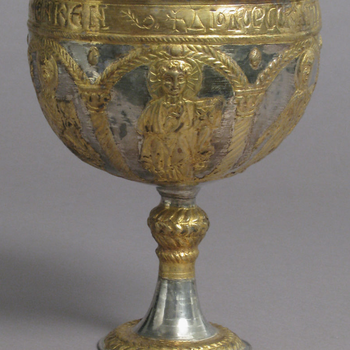 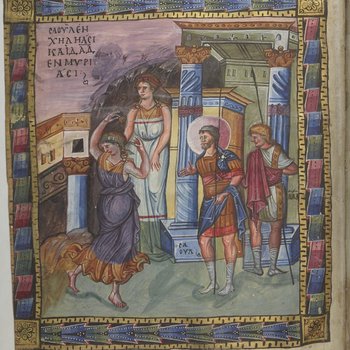 David Glorified by the Women of Israel, from the Paris Psalter 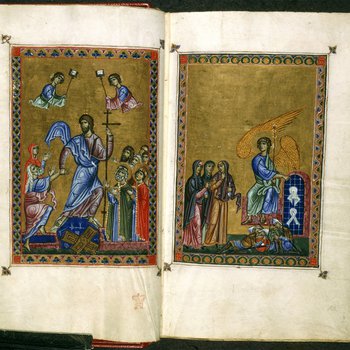 The Harrowing of Hell (left) and the three Marys at the tomb (right), the Melisende Psalter 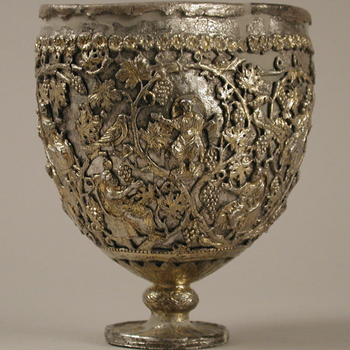