In the Byzantine empire from the fourth century to the fifteenth century, emperors ruled as absolute monarchs. The emperor and sometimes empress were the commander-in-chief of the army, head of the church and government, and controlled all the state finances. One reason the emperor's power was so great is because during the Byzantine era there was no separation between church and state, giving the emperor absolute power. They did this while aided by high-ranking nobility, church figures, and ministers. They could appoint or dismiss nobles at will and enjoyed fabulous wealth. The position was most often hereditary though brand new dynasties did sometimes form. Emperors were considered by the people to be God-chosen rulers making them extremely unavailable to the public. One would be considered lucky to catch only a glimpse of the imperial family in their lifetime. However, the emperor's image was widely spread through its use on official coinage.

The concept of power has been represented repeatedly throughout different aspects of Byzantine history. However, the most efficient way in which the Byzantine Empire portrayed its power and wealth was through the arts. Power was often clearly illustrated, whether it be through meticulously crafted mosaics, lustrous jewelry, golden coins, or extravagant churches and palaces.  A well-known lavish architectural construction that symbolizes imperial power and divine authority is the Hagia Sophia with its great size, geometric structure, and sense of divine presence while playing with light sources. Power was represented through various icons and symbols, which viewers may find in the Justinian mosaic at San Vitale depicting the accomplished emperor wearing imperial colors and a golden halo around his head, signifying him as a "god chosen ruler." Much smaller objects were also utilized to portray the immense power that the emperors held. For instance, the coronation ivories and coins illustrating emperors crowned directly by holy figures, as seen in the Romanos Ivory or the Solidus of Alexander. Additionally, illuminated manuscripts would often associate the emperor to the biblical kings, David and Solomon, or the classical hero, Herakles. Therefore the ruling emperors were not only represented by their great imperial power but their spiritual power as well.

Emma Duffin, The Face of Power: A Chronological Comparison of Byzantine Coinage 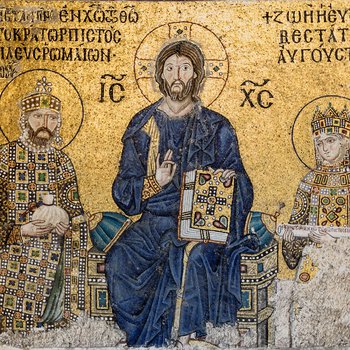 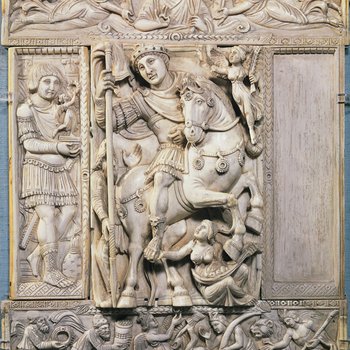 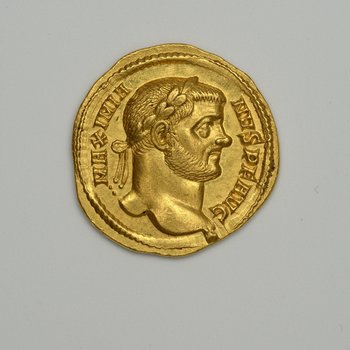 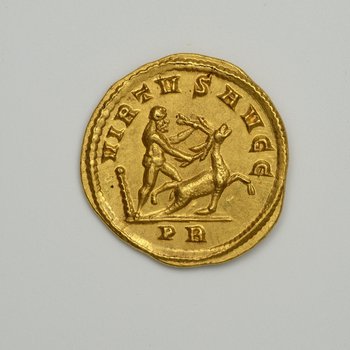 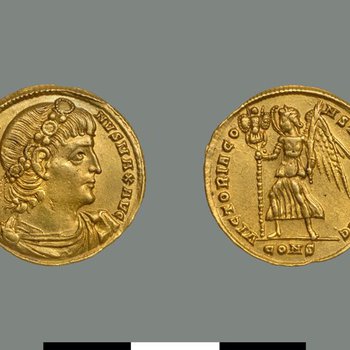 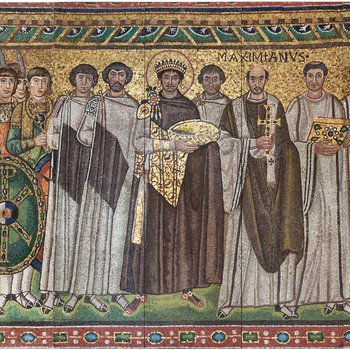 Emperor Justinian and Members of His Court 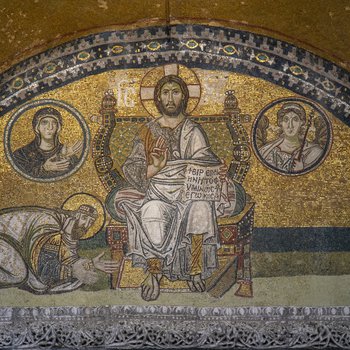 Apse Mosaic of Christ in Majesty 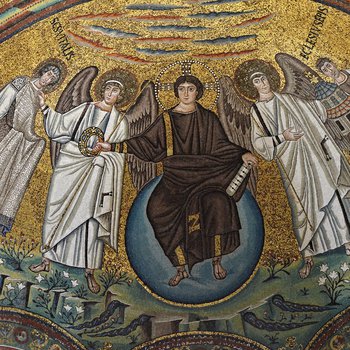 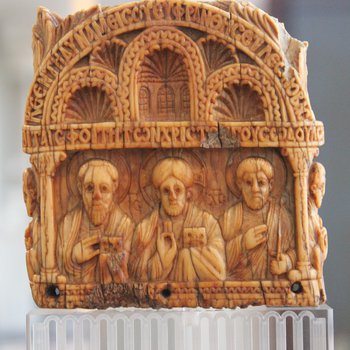 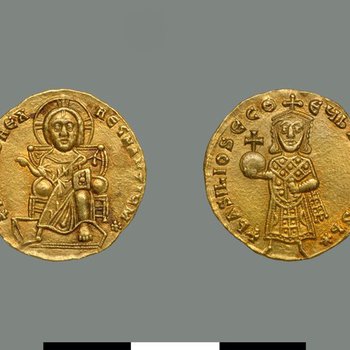 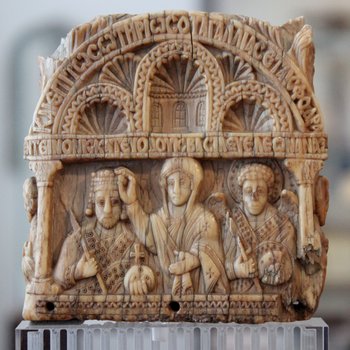