William Cecil, Lord Burghley, and Managing with the Men-of-Business

Michael Graves taught us to think of parliamentary management done through the parliamentary ‘men-of-business’, gentlemen with close ties to powerful men in the privy council. This article asks how ‘men-of-business’ were managed by Elizabeth's head manager, Lord Burghley. Choosing justices of the peace was a complex, fraught activity, and one which Lord Burghley did with a great deal of care. However, despite his best efforts to have only men of probity and proper religious inclinations, he was hampered by local concerns. Managing the men-of-business meant careful awareness of their places, their connections, and their independence. Burghley was managing shared governance, each magistrate within his degree, for common causes, which is what made it a common weal. It was a system that required management, rather than fiats, but it had to be managed with a gentle touch. What Burghley and the men-of-business were running was a semi-bureaucratised late feudal monarchy, taking the form of a ‘monarchical commonwealth’. Mutual need kept the local elites working with the crown's managers. 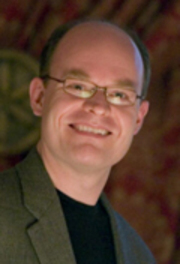