Short Period Gravity Waves in the Arctic Atmosphere Over Alaska

The propagation nature and sources of short-period gravity waves have been studied extensively at low and mid-latitudes, while their extent and nature at the polar regions are less known. During the last decade, observations from select sites on the Antarctic continent have revealed a significant presence of these waves over the southern Polar Region as well as shown unexpected dynamical behavior. In contrast, observations over the Arctic region are few and the dynamical behavior is unknown. A recent project was initiated in January 2011 to investigate the presence and dynamics of these waves over interior Alaska. This site provides an exceptional opportunity to establish a long-term climatology of short-period gravity waves in the Arctic, including their dominant source regions, influences of large-scale tidal and planetary wave motion, as well as impact of dominant weather systems such as the polar vortex and Aleutian low. Here we present initial measurements of short-period gravity waves in the Arctic atmosphere over Alaska.

Poster was presented at the Annual Meeting of the Four Corners Section of the APS in Socorro, NM on October 2012.

Other Oceanography and Atmospheric Sciences and Meteorology Commons, Physics Commons 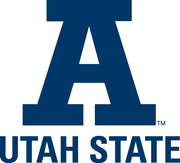