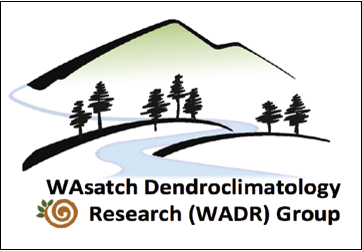 We present a 576-year tree-ring-based reconstruction of streamflow for northern Utah's Weber River that exhibits considerable interannual and decadal-scale variability. While the 20th Century instrumental period includes several extreme individual dry years, it was the century with the fewest such years of the entire reconstruction. Extended droughts were more severe in duration, magnitude, and intensity prior to the instrumental record, including the most protracted drought of the record, which spanned 16 years from 1703 to 1718. Extreme wet years and periods are also a regular feature of the reconstruction. A strong early 17th Century pluvial exceeds the early 20th Century pluvial in magnitude, duration, and intensity, and dwarfs the 1980s wet period that caused significant flooding along the Wasatch Front. The long-term hydroclimatology of northern Utah is marked by considerable uncertainty; hence, our reconstruction provides water managers with a more complete record of water resource variability for assessment of the risk of droughts and floods for one of the largest and most rapidly growing population centers in the Intermountain West.