The Residential Demand for Electricity by Time-of-Use: A Survey of Evidence from Twelve Experiments with Peak-Load Pricing

Information on customer response to time-of-use (TOU) rates plays a major part in utility resource planning, particularly in the design of cost-based rate structures and cost-effective load management programs. Several elasticity concepts have been used by economists to analyze customer response to TOU rates. We discuss the interrelationships between various concepts and show that total uncompensated price elasticities are the appropriate measure of customer response.

Short-run own-price elasticities of peak consumption range from nil to −0.45. Off-peak elasticities lie in a similar range, but are less statistically significant. This wide range indicates that elasticities are not fixed constants but vary parametrically with several conditioning variables such as level of total (daily) electricity use, composition of appliance portfolio and duration of pricing periods. If proper allowance is made for these interactions, it may be possible to transfer elasticities between utility service areas, thus obviating the expensive and time-consuming need for every utility to conduct its own experiment.

 Ahmad Faruqui and J. Robert Malko, "The Residential Demand for Electricity by Time-of-Use: A Survey of Evidence from Twelve  Experiments with Peak-Load Pricing," appears in Energy: The International Journal, October 1983 issue. 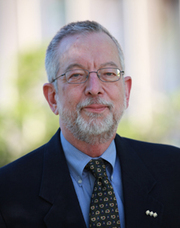