A fundamental component of experiential and experimental learning is failure. As learners develop and revise mental models of concepts, such as ratios and proportions, they will experience failure as a natural consequence of testing ideas that simply do not work. Failure in this type of scenario should be expected. Unfortunately, failure is often underscored, shunned, or scorned as being undesirable, particularly in the classroom. This workshop will examine ways teachers and instructional designers can embrace and leverage failure to enhance learning as an essential part of the growth mindset. Digital learning tools have long been available to educators and learners that allow for exploration, discovery, and failure. Seymour Papert’s work from the 1960’s into the 90’s with the LOGO programming language is a prime example. More recent tools include many online programming resources, such as Scratch, NetLogo and Hour of Code that learners can use to explore scientific, mathematical, and artistic concepts, to name a few. While these resources are powerful tools for learning, and provide ample opportunities for learners to fail, they are virtual in nature, using digital avatars to represent action and response. Recognizing the power of play, creation and exploration with virtual and physical materials, Papert was the first to meld a programming language with children’s building blocks, motors and digital controllers with the creation of LEGO/LOGO. The current incarnation of his idea is the LEGO Mindstorms EV3 system. Other similar resources are also now available, such as Raspberry Pi’s, Sphero’s, Arduino kits, and Micro: Bits. For over 25 years LEGO robotics have been used at the University of Wyoming with learners of all ages, from Kindergarten children through seasoned in-service teachers. The virtual resources, including LOGO, Scratch, and Hour of Code, have also been used, but with slight differences in how learners anticipate and react to failure. It has been observed that learners will quickly execute programs in Scratch or LOGO, without noticeable concern for failure, by clicking on Run or pressing a Return key. By contrast, significant anxiety has been observed in older learners, particularly when they are working to solve a problem or complete a challenging task, when it is time to execute a program driving a robot. When asked why they are anxious, the learners’ most common response is that they do not want to fail, even though the learning conditions never have associated high stakes or consequences. While the reasons for this connection have yet to be investigated, LEGO and other robotics have been used to help learners explore the role of failure in learning. During this 3-hour workshop participants will engage with preconstructed LEGO Mindstorms EV3 robots to solve mathematical challenges as they explore the role of failure in their own learning, as well as that of their students. Experiencing failure in this workshop is to be expected, embraced and celebrated, providing opportunities to share emotional responses from a learner’s perspective. Along the way strategies will be presented and discussed for designing instruction to leverage failure, meet learners where they are, and advance learning. The presenters will have a selection of iOS and Android tablets available for controlling the robots, but if participants wish to bring their own devices, simplified versions of the Mindstorms EV3 software are freely available for download on iOS and Android tablets (not phones) in their respective stores. The full version of the software is also freely available for download (Mac and Windows) at the LEGO Education website (https://education.lego.com/en-us/downloads/mindstorms-ev3/software). 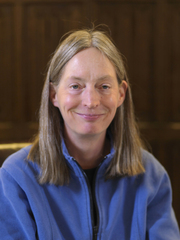 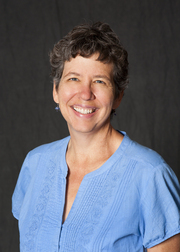