In Levin-Wen (LW) models, a wide class of exactly solvable discrete models, for two-dimensional topological phases, it is relatively easy to describe only single-fluxon excitations, but not the charge and dyonic as well as many-fluxon excitations. To incorporate charged and dyonic excitations in (doubled) topological phases, an extension of the LW models is proposed in this paper. We first enlarge the Hilbert space with adding a tail on one of the edges of each trivalent vertex to describe the internal charge degrees of freedom at the vertex. Then, we study the full dyon spectrum of the extended LW models, including both quantum numbers and wave functions for dyonic quasiparticle excitations. The local operators associated with the dyonic excitations are shown to form the so-called tube algebra, whose representations (modules) form the quantum double (categoric center) of the input data (unitary fusion category). In physically relevant cases, the input data are from a finite or quantum group (with braiding R matrices), and we find that the elementary excitations (or dyon species), as well as any localized/isolated excited states, are characterized by three quantum numbers: charge, fluxon type, and twist. They provide a “complete basis” for many-body states in the enlarged Hilbert space. Concrete examples are presented and the relevance of our results to the electric-magnetic duality existing in the models is addressed. 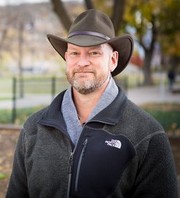